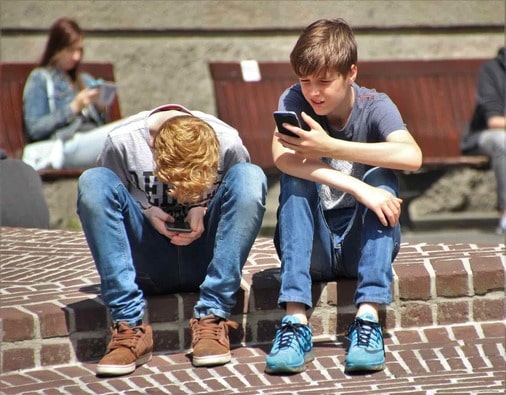 The use of technology is an essential part of growing up that affects all different aspects of our lives, like social interactions and education. More than ever, teens are relying on technology to learn new things and maintain their relationships. Practically every teen in America has access to at least one type of mobile device, but do they really understand how these devices can affect them?

A survey of more than 1,600 North American teens reveals that while they mostly use their phones for texting friends or playing games—those who do surf the internet often say it’s not necessarily for schoolwork.

Benefits of technology for teens:

- Technology can help teens to better communicate with friends, family, and people around the world.

- Online communication is important for teenagers as it helps them to make friends and create relationships with people from all over the world.

- Technology also helps teenagers stay in touch with friends by sending them messages and pictures.

- It's possible to find answers to your questions or get help from other people when you're using a computer or mobile device.

- Teens who spend more than five hours a day on their mobile devices are also more likely to feel burned out or overworked.

- Teens who spend all of their free time on their mobile devices have a higher chance of depression and sickness.

Potential risks of technology for teenagers:

1. Cyberbullying - In a study conducted by the Pew Research Center, more than half of teenagers reported being bullied online. As teens spend an increasing amount of time on social media networks, cyberbullying is becoming a huge problem.

2. Personal information - Teens often share personal information on social media sites and over text messages, so it’s important for parents to have heightened awareness about their child’s online activity. This includes monitoring what apps they use and with whom they communicate via social media, as well as reading all texts sent and received by their children (and vice versa).

3. Online Storage - Teens’ online storage accounts, like their Facebook and Instagram accounts, may contain sensitive material like nude and semi-nude photos. These can actually get them into legal trouble if they share the images with others, or the images are distributed without their consent. To avoid this issue, parents should talk to their children about not sending nude or semi-nude images of themselves to anyone.

4. Cyberbullying and Cyberstalking - Cyberbullying is the act of harassing someone online or via an app. It usually happens when teens are in a situation where they feel uncomfortable in interacting face-to-face with someone who is harassing them; they will often resort to using technology to communicate back instead.

It’s all about balance. Parents should be aware of what websites their kids are visiting, who they’re interacting with online, and what elements of technology are distracting them from school work or social interaction. In addition to monitoring their kids’ online activity and conversations, parents should also set limits on screen time for each child.

For instance, a good rule of thumb is that no more than two hours per day should be spent on media such as gaming or watching videos and another hour for surfing the Internet. It’s also beneficial to have your child get exercise to help them focus while they’re doing homework.

If they’re found to not be actually doing their schoolwork and hiding behind social media, you may have to increase their screen time limit.

Online games are one of the top distractions for teens and are often added to their social media profiles, even when they’re not talking or interacting with people in-game. Some include Call of Duty and World of Warcraft, which both allow users to communicate with other players through text messages; Minecraft also falls into this category. Computers are also a distraction for teens, as browsing websites takes up time that could be spent on homework or other activities that benefit their education.

With all of these distractions available, the internet has become increasingly important for teens.